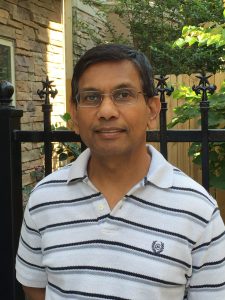 His name is Lal Ariyaratna Pinnaduwage. He loved physics from the school days and became a physicist. He was a Senior Scientist at the Oak Ridge National Laboratory and a Research Professor at the University of Tennessee, Knoxville. He was elected a Fellow of the American Physical Society in 2004. Since retiring in 2009 at age 55, he has been on a quest.

aDhamma Wheel
- aBuddhist forum about the Dhamma of Theravāda Buddhism